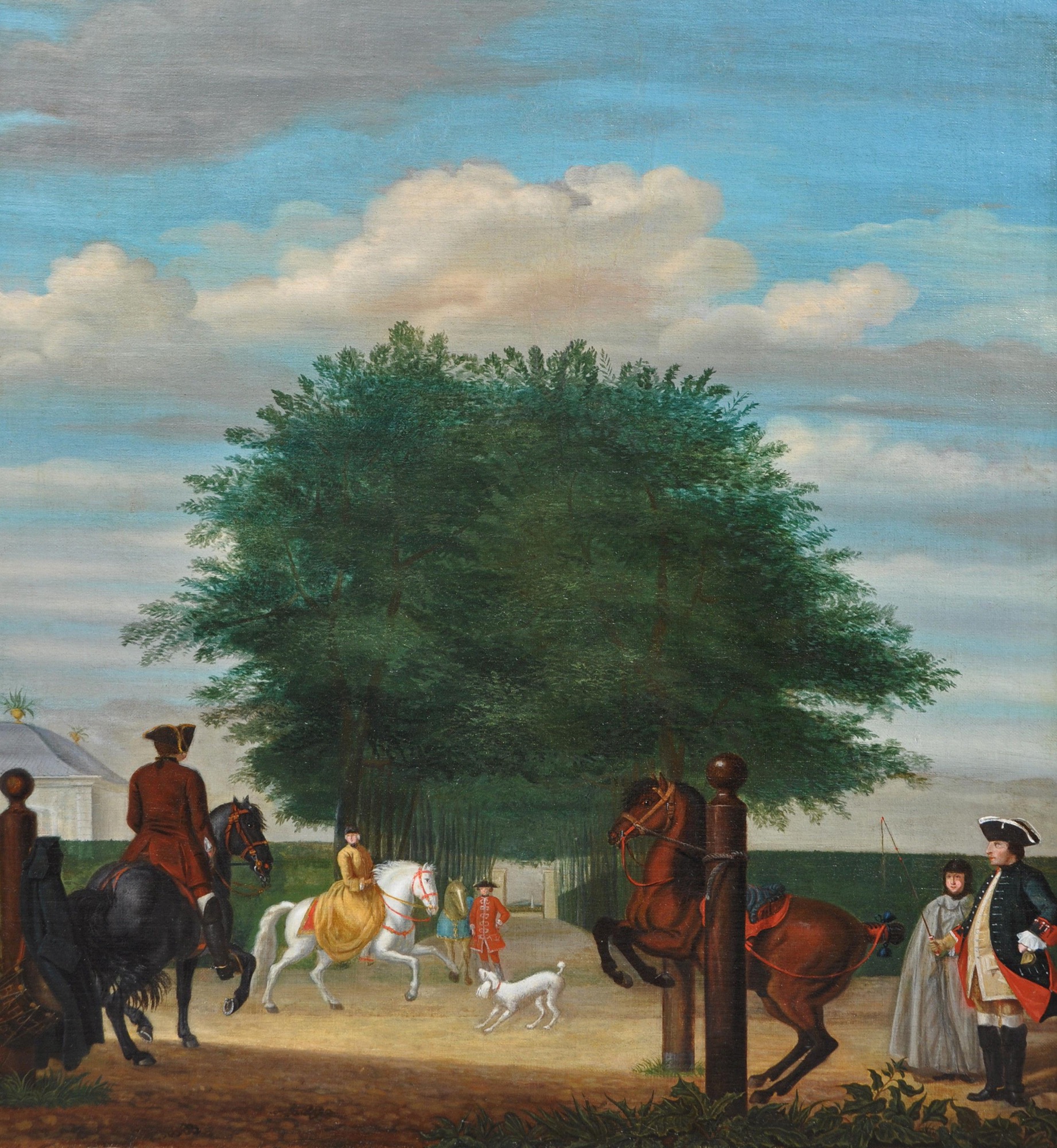 Ludolf Bakhuyzen I, 1631-1708, (also spelled Bakhuysen, Backhuijzen, Bakhuizen, Backhuysen or Backhuyzen) was a major Dutch painter of marines and portraits, none of whose children followed in their father's footsteps but two of his grandchildren did. Gerrit Bakhuyzen was an amateur portrait painter but Ludolf the younger became a well-regarded artist depicting battle scenes, portraits and possibly some imitations of his grandfather's marine works.

Ludolf the Younger was born 29th August 1717 in Amsterdam and the older Gerrit in about 1700. Their father Johannes was a merchant who had a brickmaking business and Gerrit worked with his father and Ludolf followed by starting an apprenticeship when he was old enough. He had undertaken this as a result of the encouragement of his mother although he had wanted to join the military and it was not until 1738, when his love for the fine arts had become most ardent, that he began to take drawing and painting instruction in the studio of the Amsterdam-based portrait painter Jan Maurits Quinkhard (1688-1772).

When he had become established as a painter, his military leanings inclined him to that genre of subject matter and he produced battle scenes and portrayals of campaigns, even taking part in a campaign in Germany in 1743. It was probably as a result of this involvement that he came into contact with Frederick the Great, portraying him involved in his passion for horses and their exacting training, very probably set in the grounds of his Potsdam summer palace Sans Souci.

In 1760, his brother Gerrit died and Ludolf took over the administration of the family's Amsterdam brickwork business and consequently he was appointed Captain of the Brick Workers Guild in that city from 1771-2.

He died in Rotterdam on 6th April 1782 but was buried in Amsterdam on 12th April. His paintings are quite rare and the Rijks Museum has one example of his work which is possibly a self-portrait. The North Netherlandish portrait painter Tiebout Regters who, like Bakhuyzen had been a pupil of Quinckhard, produced a good full-length portrait of Bakhuyzen which the landscape painter Jan van Gool saw in the former's studio in 1751.

Frederick is seen here training a horse in haute école. This technique, based on the animal's natural abilities and movements in the wild, were designed to be used by the mounted cavalryman in warfare to enable him to get into prime position to use his lance or sword. However, it is debatable how much these movements were ever employed in pitched battle but it did demonstrate the ability to train a horse to a demanding and exacting standard.

Some of the principles can be traced back to "On Horsemanship" by the 5th/4th century BC Athenian historian, philosopher, soldier and mercenary Xenophon who was a pupil of Socrates.

Training was based on patience and reward rather than force and punishment and the epitome of this training was "sauts d'école" or "airs above the ground". These included the courbette, the capriole, the levade and the ballotade. Frederick has his horse tethered to a pillar and is probably inducing it to perform the courbette where the horse balances on its hindlegs and jumps with its forelegs still off the ground. The capriole is when the horse jumps up pulling its forelegs into its chest and then kicks out with its hindlegs. The levade is extremely difficult and strenuous for the horse as it has to balance on its haunches at 45 degrees.