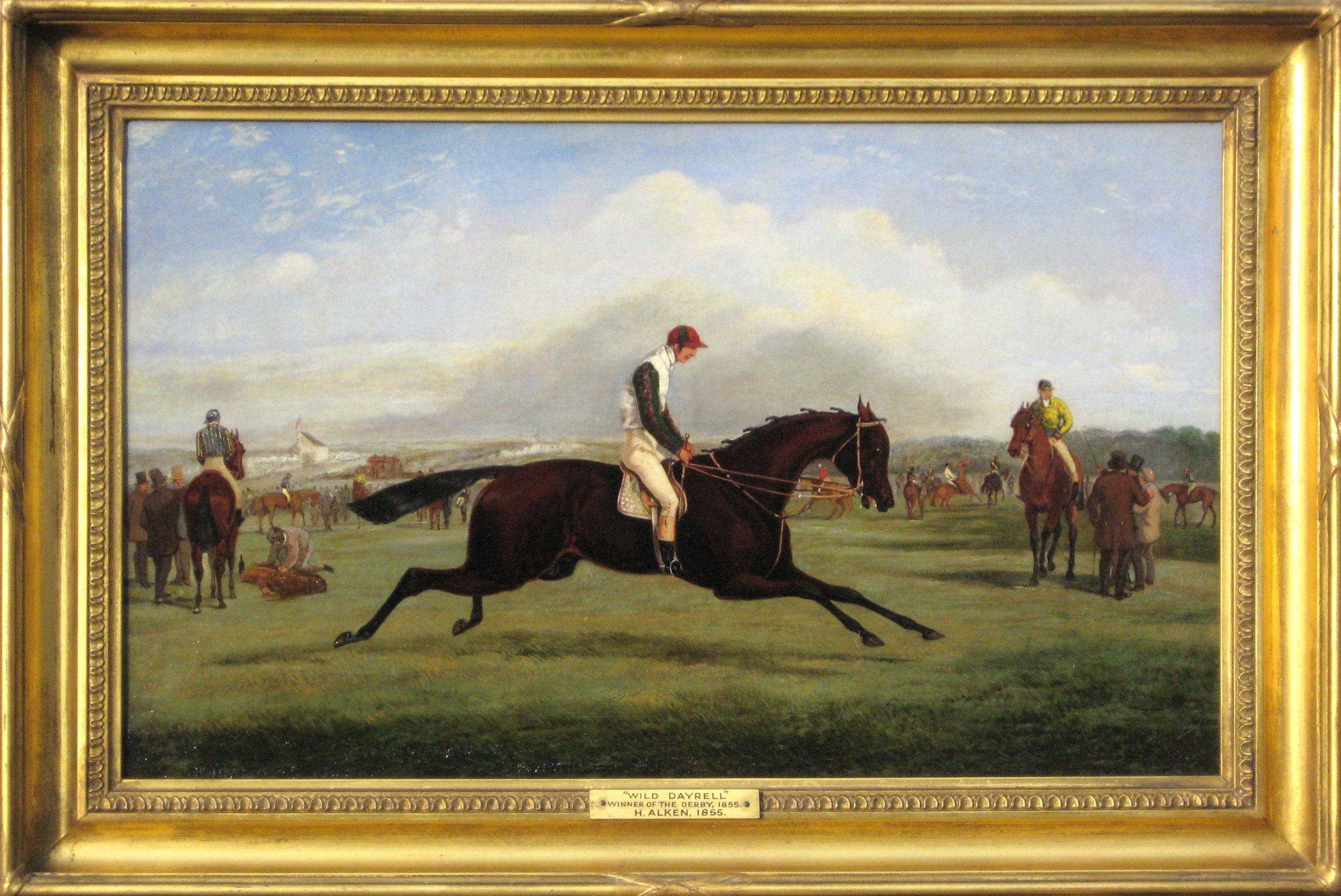 Oil on canvas, signed, inscribed on label on reverse

Henry Alken Jnr.'s Christian name was Samuel Henry Alken, but he is probably better known as the former. He was born on August 22nd, 1810, as the first son of Henry Alken, a major sporting painter of the 18th century and a member of this renowned dynasty of seven sporting artists. The Alkens were originally of Danish descent with Sefferein Snr coming to England in the late 1730's and working as a stone and wood carver. Henry Alken Jnr was his great-grandson.

He was batised at St Clement's Church as Samuel Henry but his family always called him Henry Gordon but little is known of Alken's personal life other than that he married Martha Dormer and is recorded as receiving parochial relief in 1891. When he died in 1894, he was residing in Polar Workhouse in southeast London.

Alken's work, in both oil and watercolour, is strikingly similar to that of his father. It is unclear whether the son was imitating his father, or whether he had simply been taught by him. Alken Jnr. is characterised as having a less developed sense of draughtsmanship but as paying closer attention to detail than his father. His horses are also less angular and more rounded than his father's animals. It is possible to come across paintings by Alken Jnr. with women hunting sidesaddle, which was probably not a prevalent pastime in his father's day.

Alken painted hunting, coaching, steeplechasing, fishing and shooting scenes in both oil and watercolour and his style is sometimes similar to that of Landseer in terms of sensitivity and smoothness. He often painted bay, chestnut, and grey horses together in the same picture. Artists such as E.B. Herbert went on to copy this aesthetically pleasing formula.

Titles include, "The Last Steeplechase Held at the Hippodrome Racecourse, Kensington", "Going to the Derby", "Sefton Winning the Derby 1878", "The Road from Tattenham Corner, the Epsom Derby, 1879", "The Ipswich to London Coach" and 'Tally ho.'


WILD DAYRELL
Wild Dayrell, born in 1852 out of Ion and Ellen Middleton, was owned jointly by Mr F L Popham, the owner of Littlecote House and William Craven (1809-1866), the second Earl. Horse racing was an occasional hobby for the Earl and one which he did not make public knowledge. He had previously had a Grand National winner with Charity in 1841 but Lord Craven's name is not mentioned as the owner of Wild Dayrell in the official Derby records and it is very possible that he did not even attend the race.

As a colt, Wild Dayrell was trained by the Littlecote gardener/groom Fred Rickaby in the grounds and later on Weathercock Hill opposite the Craven family home at Ashdown House. The trainer Rickaby was the great, great grandfather of the renowned champion jockey Lester Piggott.

The jockey for the Derby was Robert Sherwood and ran the race in two minutes fifty-four seconds. Wild Dayrell later sired Buccaneer with the mare Little Red Rover and Buccaneer won the Royal Hunt Cup at Ascot.

Signed, inscribed on label on reverse