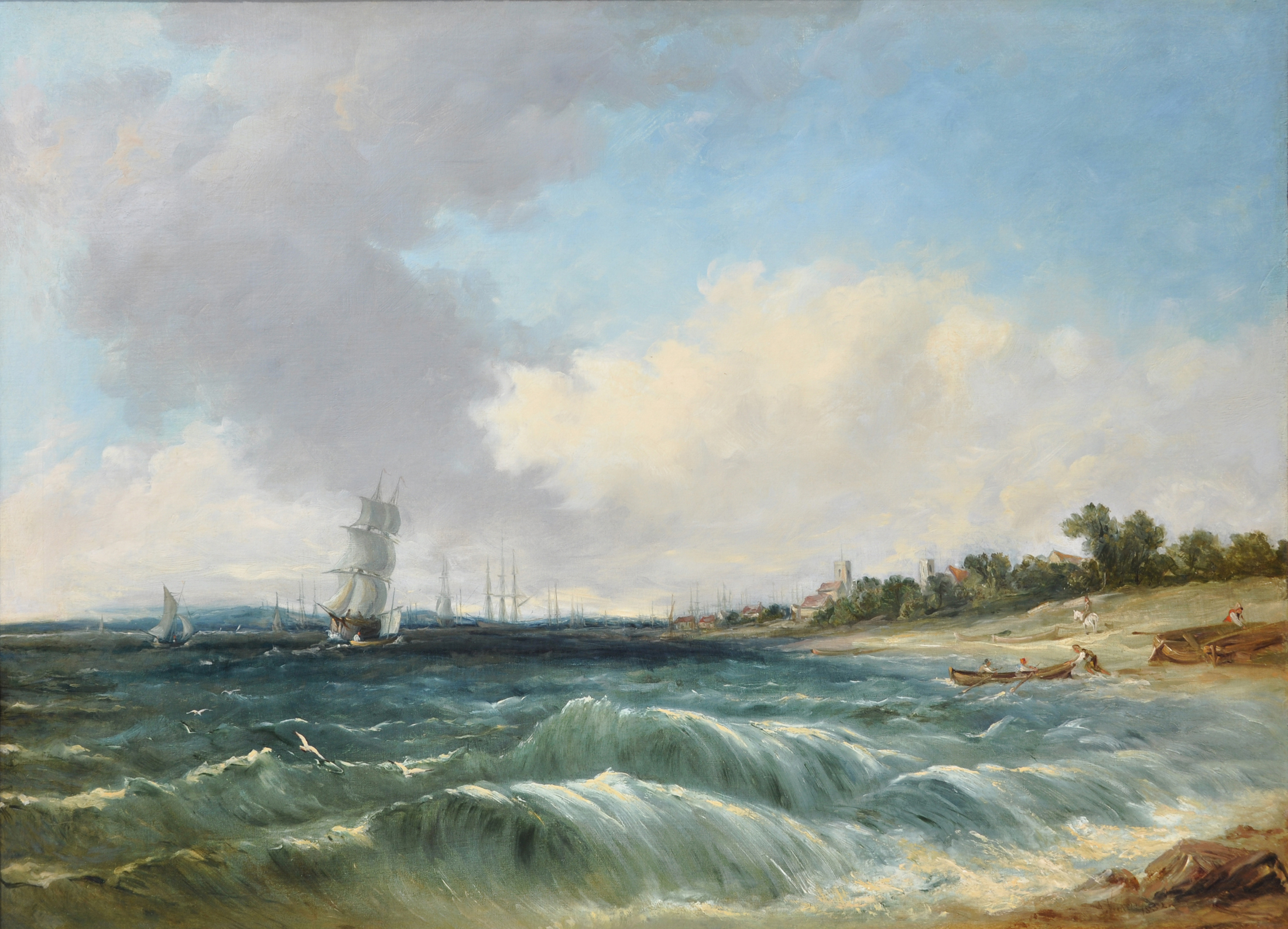 Alfred Vickers was primarily known as a landscape painter but who also painted many coastal scenes with locations around the Isle of Wight being a particular favourite. Christopher Wood, in his Dictionary of Victorian Painters writes of his painterly technique: “…whose light and sparkling style has been compared to Boudin.”

He was a self-taught artist and he favoured utilising a palette of pale greens with a distinctive sketchy style displaying rapid brushstrokes which imbues the work with vitality. His subject matter was mainly scenes in England and Wales depicting rural views and the life within it, although he also travelled to France, Germany and Switzerland to paint.

M H Grant, in his Dictionary of British Landscape Painters, writes of his paintings that “…the delightful clarity and purity of his tone and colouring, no works showing more cheerfully on the wall than his. In this he shone best perhaps in his coastal marines, especially in the Isle of Wight, where his secluded creeks and chines and the sea beneath glow almost with the inimitable cobalts of Eugene Boudin… Some of these display considerable power in wave-drawing, whilst shipping, when rarely introduced, is sparred and rigged with all the delicacy of William Anderson.”

His son Alfred Gomersal Vickers, (1810-37) painted landscapes in locations and in a style like those of his father with the exception of a commissioned trip to Russia to depict subject matter. His patron in this venture was the engraver and publisher C Heath. There is also an Alfred H Vickers (Alfred Vickers is sometimes known as Alfred Vickers Snr to differentiate between the two) who flourished between 1853 and 1907. His work, although in a similar style, is coarse compared to his earlier namesake so there can be no possible confusion between them. He was probably related to A G Vickers but the exact relationship is not known

Alfred Vickers exhibited regularly between 1831 and 1868 with sixty-one at the Royal Academy, one hundred and twenty-five at the British Institution and eighty-one at the Royal Society of British Artists and some of the titles of these include: On the road to Shanklin, Isle of Wight; Fishborne Creek, Isle of Wight; Tide flowing into Brading Harbour, Isle of Wight; Evening at Ryde; A lock of the banks of the Thames near Windsor; On Wimbledon Common; Snowden from Capel Curig; The fall of the Rhine at Schafhausen; View of the Swiss Alps and Lake of Zug, Switzerland.