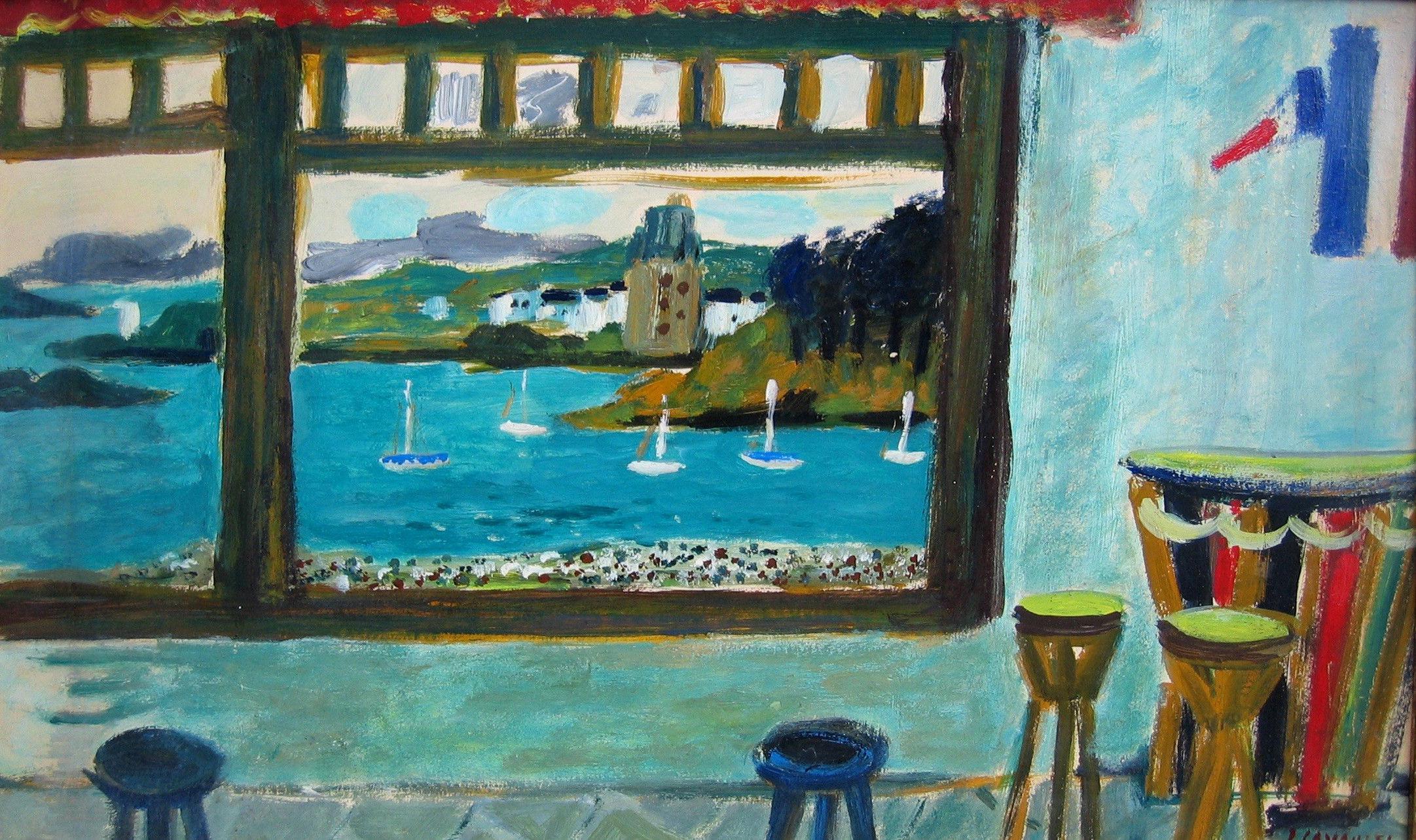 Jean Cavailles was born in Carnaux in the Tarn region on 20th June 1901. He worked as a designer in the town planning department of Carnaux and met and became friends with the genre painter Bernard Joseph Artigue. The latter had been a pupil of the renowned history painter Jean Paul Laurens and also friends with the major neo-impressionist and muralist Henri Martin (1860-1943).

Laurens's sons, Pierre and Paul Albert who was a portraitist, history, genre and landscape painter, became the artistic tutors at L'Académie Julian to the young Cavailles who had moved to the Ruche district of Paris with his wife in 1925. This was a traditional colony for artists and among others, had seen Modigliani and Chagal reside there, although the aspirant painter also took on a small grocery business to supplement his income.

He became friends with the still life painter Roger Marcel Limouse, sharing a studio and studying the old masters at the Louvre together.

Cavailles started to exhibit at the Salon des Artistes Français and then from 1928 onwards at Les Indépendants and Le Salon d'Automne. He was invited to show at Le Salon des Tuileries and then in 1936 he formed the 14th group of Artistes de ce Temps at the Petit Palais. He was awarded a grant by the Bourse Blumenthal foundation which helped in his showing at L'Exposition Internationale des Artistes et Metiers and from this ensued a commission to decorate the Pavilion de Languedoc at the Exposition Universelle in 1937.

Shortly afterwards, he held his first one man show at Galérie Drouet in Paris but all this was interrupted by the outbreak of war in 1939. He was an active member of the French Resistance and in particular with the Maquis de Languedoc.

With the cessation of hostilities, he became curator at the Musée des Augustins in Toulouse before returning to Paris to teach at L'École des Arts Decoratifs as well as continuing to produce his own work in Paris and Tonnere. He exhibited at the Venice Biennale in 1948.

Cavailles was a painter of figurative paintings, still lifes, landscapes and had a penchant for interiors with sea-views. His style was to juxtapose pure colours and was almost Fauvist. Some examples of his work include: "Trapeze Artist in his Dressing Room", "Vesuvius", "Entrance to the Forum", "Spring in Albi", "Albi in the Snow" and "The Music Room" which is in the Manchester City Art Gallery. His work can also be seen in museums in Paris (Musée d'Art Moderne), Albi, Montpelier, Toulouse, Chicago, Helsinki and Zurich.

Oil on paper laid on canvas