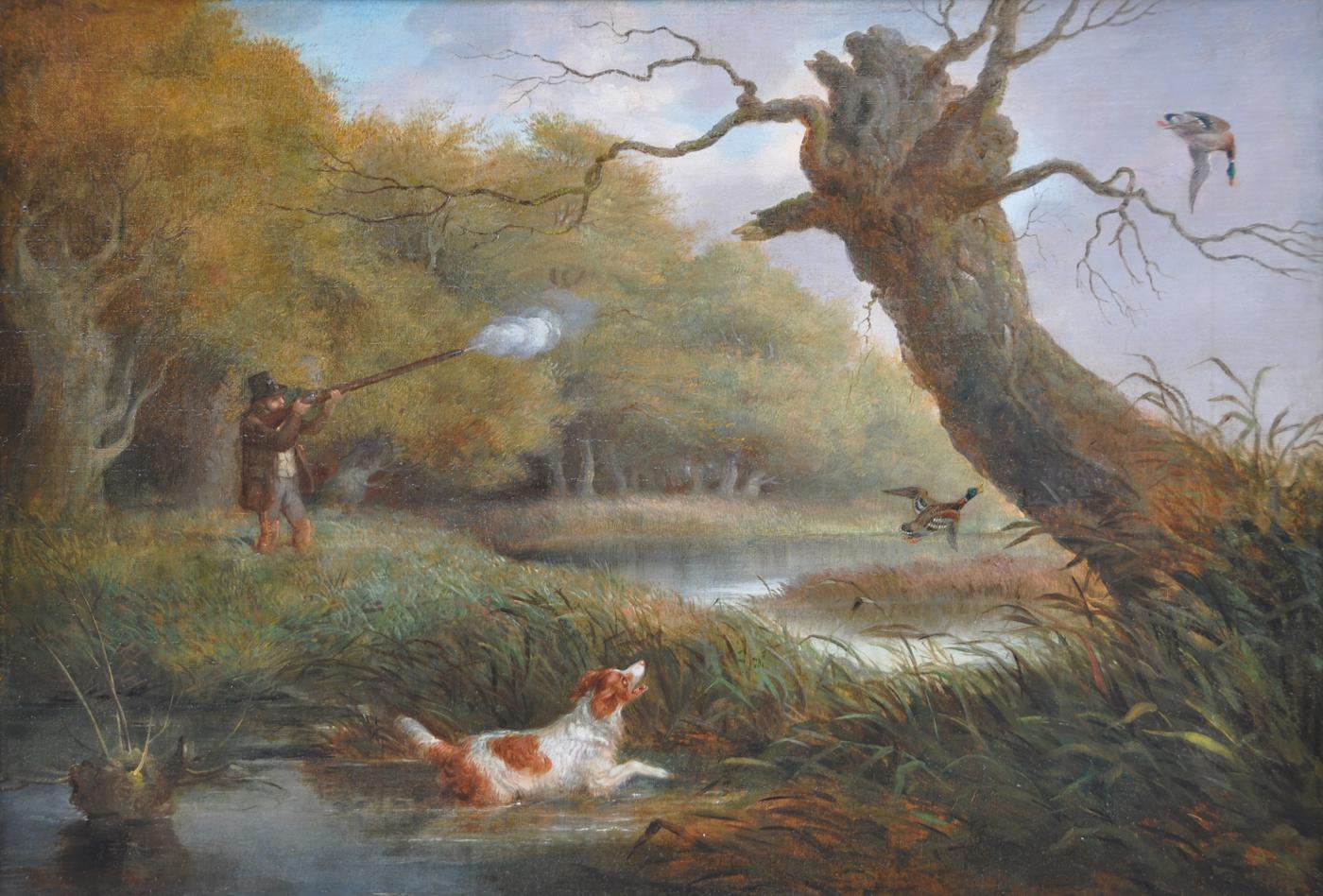 There is comparatively little known of Dean Wolstenholme's background and upbringing apart from the fact that he was born in Yorkshire to a family which had considerable estates which they farmed. The young Dean was also involved in this work but was also a keen artist and apparently Sir Joshua Reynold's noted his artistic talent and made the prediction that he would become a professional painter. Besides painting recreationally, he was also a keen huntsman and J C Wood writes that, because he was a sportsman, he "…was in full sympathy with his subjects."

In around 1793, Wolstenholme became embroiled in a litigation over some property at Waltham Abbey in Hertfordshire where he was also living at that time and following three unsuccessful chancery suits this case cost him a significant amount of money, the consequence being that he no longer had sufficient income from his estates to support himself. He had a determined character and although self-taught, took up painting full time to earn a living in about 1802.

Initially he remained in the county of Hertfordshire though as when he exhibited his first painting at the Royal Academy in 1803, Coursing, it was sent from an address in Turnford, Cheshunt. When he sent his Epping Forest Hunt 1805 exhibit to the RA he was living in London at 4, East St, Red Lion Square, remaining there until 1820 when he was at 22, Chad's Row, Gray's Inn.

Wolstenholme's early work was a series of paintings which featured brew yards and the magnificent dray-horses that were an integral part of the business. He expanded his subject matter to include locations outside London and portraying hunting, coursing, shooting scenes, dog and horse portraits as well as animals such as stags, sheep and cattle. Grant describes these as being "…of great vigour, and in the Landscape, of beauty, employing considerably more positive colour than his son, presenting indeed a more rural aspect."

Like many good sporting artists of the time, Wolstenholme and his son engraved their own work, enabling them to exercise complete control throughout the process thus ensuring the quality of the final prints and protecting their reputation. They are prime examples of this, as was Henry Alken also, and the high degree of technical ability combined with practical knowledge of their subject is most apparent. Wolstenholme Jnr, who had initially studied engraving as a young man, engraved much of his father's work as well as his own. R G Reeve also worked with Dean Wolstenholme and produced some hand coloured aquatints of dogs and shooting subjects, examples of which can be seen in the collection of the British Museum.

Some examples of his work include: Gentleman shooting over two pointers; Reloading; View of the Golden Lane genuine beer brewery; View of a gentleman's residence in Surry, with portraits of favourite cattle; Portrait of a Hertfordshire sheep, the property of Mr J Clark of Littley Park, allowed by judges to be the largest ever seen; Portrait of a fast trotter; View of the interior of Mr Harrison's veterinary shop; Hounds running gallantly into a fox in view; Portraits of horses belonging to a stage coach changing at an inn on the Edmonton Road and Portrait of a charger belonging to an officer in the City Light Horse.

His portrait was painted by his son and the painting was then engraved by Frank Babbage. He painted little after 1826 and died aged eighty in 1837 and was then buried in Old St Pancras churchyard.

Museums and collections where examples of his work can be seen include the Walker Art Gallery, British Museum, Florence Court, Yale Center for British Art and the Virginia Museum of Fine Arts.