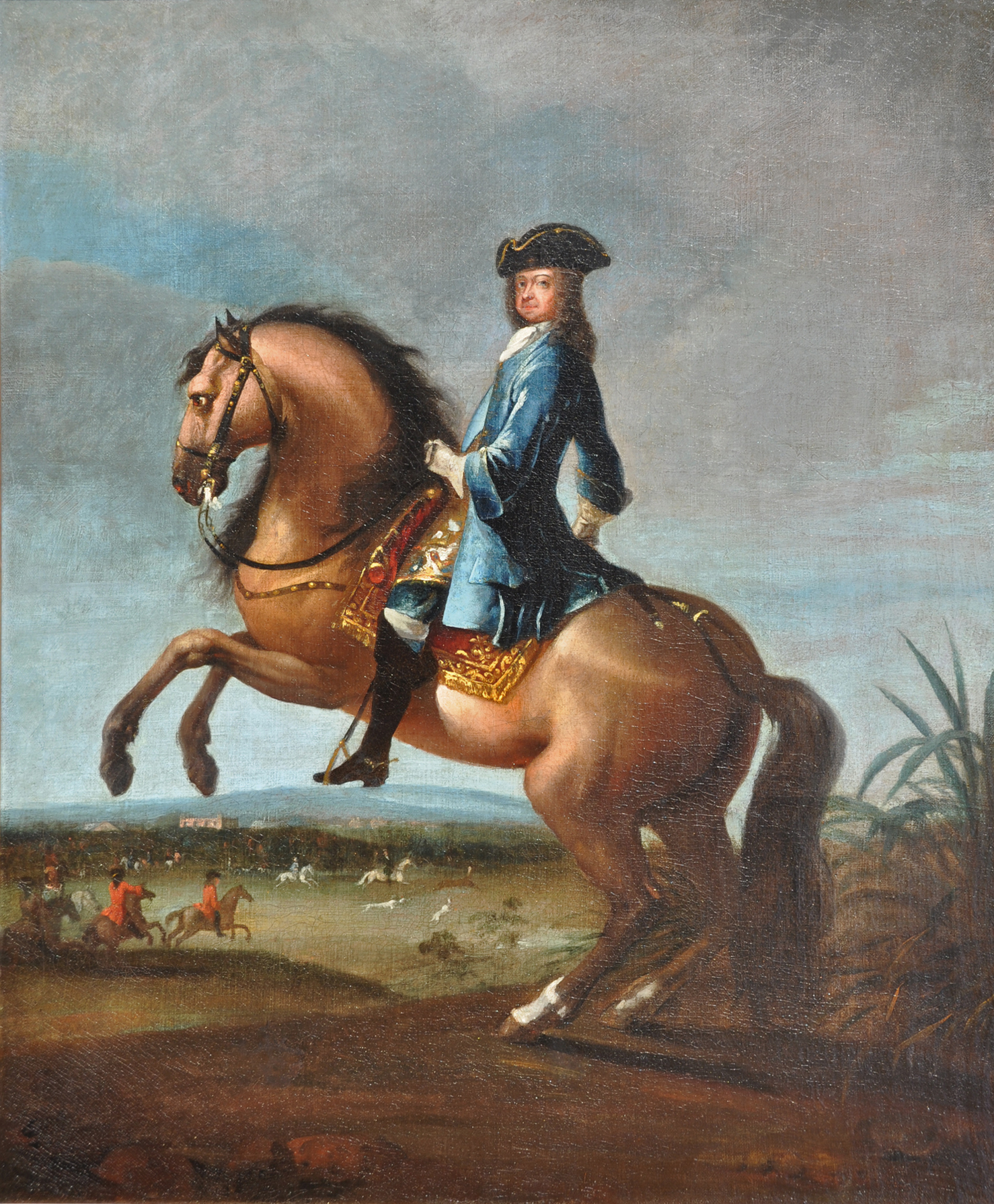 John Vanderbank was a painter of historical subjects and portraits as well as being a book illustrator.

He was born in London on 9th September 1694 and his father, a well-known tapestry weaver, was also called John. He undertook his initial artistic instruction under the portrait painter Jonathan Richardson before being accepted into the Kneller Academy in Great Queen St in 1711. In 1720 he set up his own studio in St Martin’s Lane with Louis Chéron who painted historical subjects and illustrated books.

The influence of Sir Godfrey Kneller can be discerned in the paintings of Vanderbank but he was a skilled and stylistically a lively artist more in the vein of Hogarth. The critic George Vertue, writing for the Walpole Society, was of the opinion that had Vanderbank not led such an intemperate lifestyle stating that had he not ...“livd very extravagantly a mistres drinking & country house a purpose for her” and including a written epitaph of his life after he died “…from an aftermath of debauchery”, then he could have been the best portraitist of his generation. Vertue also said that he and the renowned horse painter James Seymour were “…birds of a feather”.

His studio was short-lived but was significant none the less for being involved in the early stages of some major painters and designers such as William Kent, Joseph Highmore, William Hogarth and James Seymour.  The establishment of his own studio significantly increased his clientele and he was much in demand for portraits, often in a full-length format and he enjoyed royal patronage as well as from aristocrats, the gentry and foremost figures from the arts. He was interested in horses and studied them for inclusion in equestrian portraits and as part of his book illustrating career produced Twenty-five actions of the manège horse which was engraved by Joseph Sympson. He also illustrated Don Quixote and between 1731 and 1736 made oil paintings of some of these which are now in the Tate.

His lifestyle caused him serious financial hardship and his brother had to bail him out in one instance. It also almost certainly contributed to his early death at 45 on 23rd December 1739,    dying of consumption in Holles Street, Cavendish Square and he was buried at Marylebone Church.