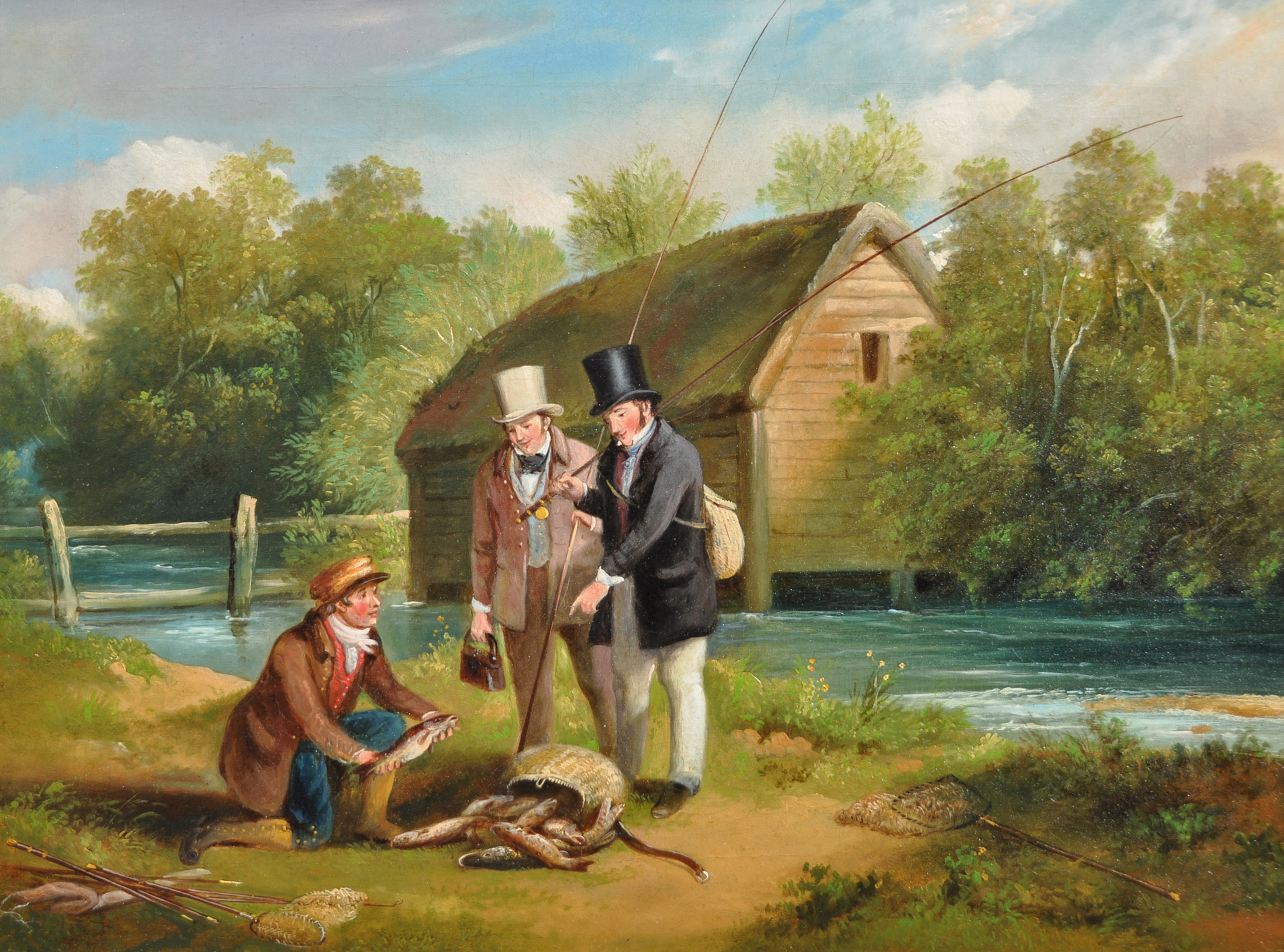 This painting was originally in the collection of Arthur N Gilbey and exhibited as being by Philip Reinagle RA (1749-1833). Although it is 19th century, it is a bit later than when Reinagle was working and is a version of a Reinagle painting although deemed autograph at the time of its exhibition and Christie’s sale.

J Hassall and W Nicholls published a rare proof coloured engraving in 1814 of this subject. Shaw Sparrow writes in Angling in British Art: “Mr A N Gilbey’s collection has an oil-study for this picture, done in a full brush, similar in its lines and masses, in its general design, but noticeably different as a costume-piece and as portraiture. The kneeling figure in the sketch is a boy attendant, a servant, while the proof engraving, shows a well-studied portrait of a gentleman whose profile resembles that of the great Tom Girtin who died at the age of twenty-seven, November 9th, 1802. The resemblance indeed, is very marked and I am inclined to accept this kneeling angler as a memorial portrait of Girtin. The oil sketch, again, attractive as a piece of colour, has stiffer lines in the hand bridge and the quaint little shed on piles; has also a smaller creel and less imposing fish, and the two standing fishermen have taller hats, different coats and trousers, and are less at ease. Indeed the standing anglers in the proof engraving look prepared for rain, unlike most of the anglers portrayed by artists of the period.