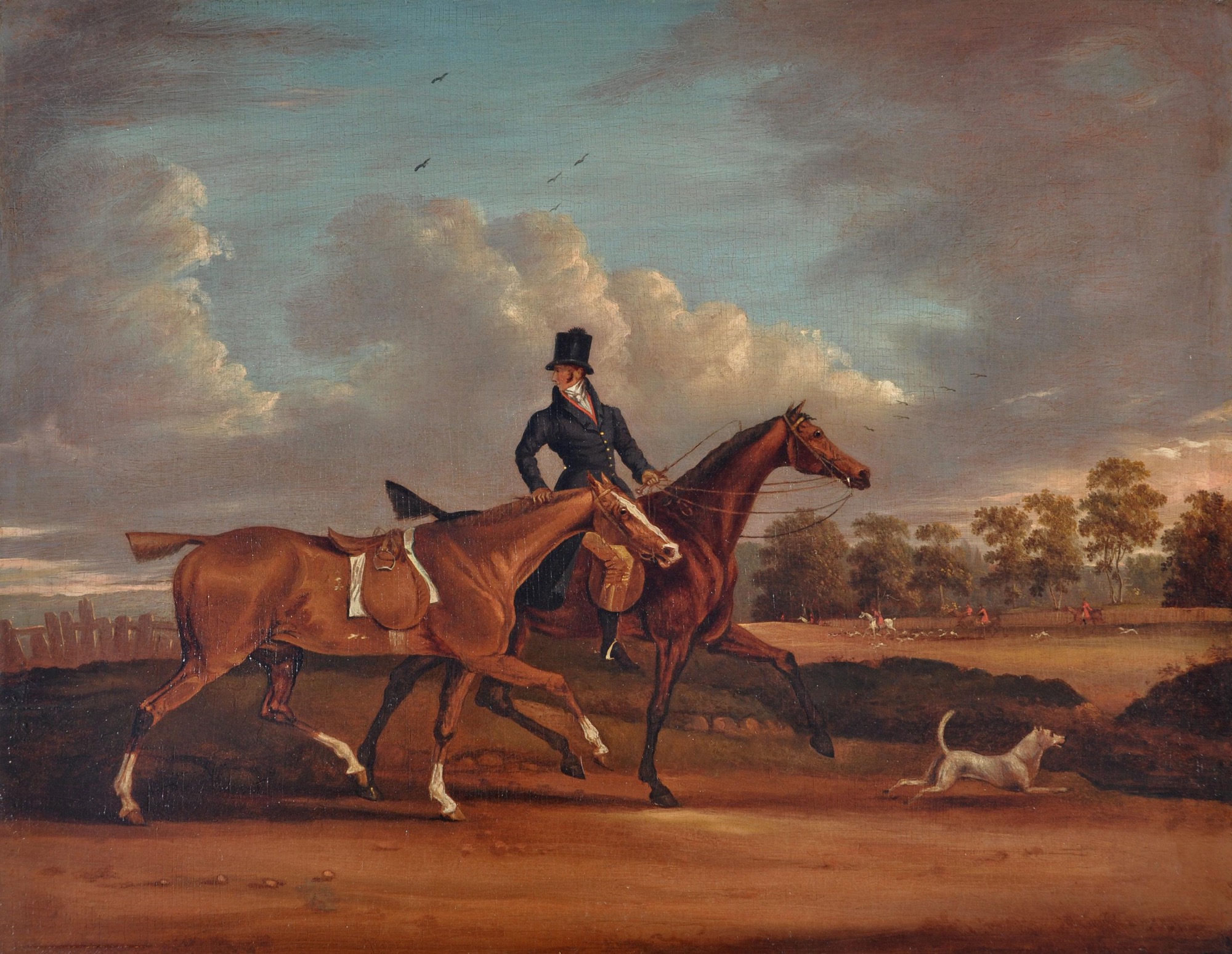 The Alken family, apart from being one of the most important in English sporting art, is also one of the most complex structurally. Sefferien Alken Snr. is credited with being the patriarch of the dynasty which included artists over three generations. Sefferien Snr., born in 1717, is believed to have come to England from Denmark and he is recorded as working as a stone and wood carver.

His son, Samuel Alken Snr (1756-1815) who was an architect and engraver, had seven children, four of whom became artists. His eldest son was Samuel Alken Jnr. born on 10th April 1784 at 3 Dufours Place, Soho, which was the family home. Although Samuel Jnr's younger brother Henry Thomas (Henry Alken Snr.) became the most famous of the artistic dynasty and there is a fair bit of recorded information of his life, little is known of the former's.

Both these brothers were established artists at the time of their father's death but in his will Samuel was left one shilling and Henry Thomas was not mentioned at all which presumably was a deliberate insult. There is some speculation about this and it has been suggested that, in the case of Samuel, it was the father's ire that in his perception, his son was trading on his name by also signing 'S. Alken'. Another theory is that the father did not approve of his sons' subject matter which would connote some strange logic as Samuel Snr had also painted some sporting scenes and engraved many more.

Samuel Jnr's style of painting is simpler than that of his younger brother and Henry's works can appear slightly brighter in tone. Samuel depicted more general sporting subjects which also included some horse subjects such as racing scenes and hunts whereas his brother tended to concentrate more on hunting and horse-themed works such as coaching but there was a definite overlap. A number of prints were published after Samuel Jnr's works including a set of sixteen published in the early 1820's, depicting various sports, including hunting (otter and fox) racing, shooting and fishing, (four angling works were included in the A. N. Gilbey sale at Christie's on 25th and 26th April 1940 and were reproduced in Shaw Sparrow's Angling in British Art). Sally Mitchell, in the Dictionary of British Equestrian Artists, says of him: "He was no doubt an artist of considerable competence."

It is not known what happened to him in his later life because he disappeared from view in about 1825.

The Walker Art Gallery in Liverpool has two fine works by Samuel Jnr in its collection: "Partridge Shooting" and "Pheasant Shooting".