A View of Westminster Bridge and Montagu House 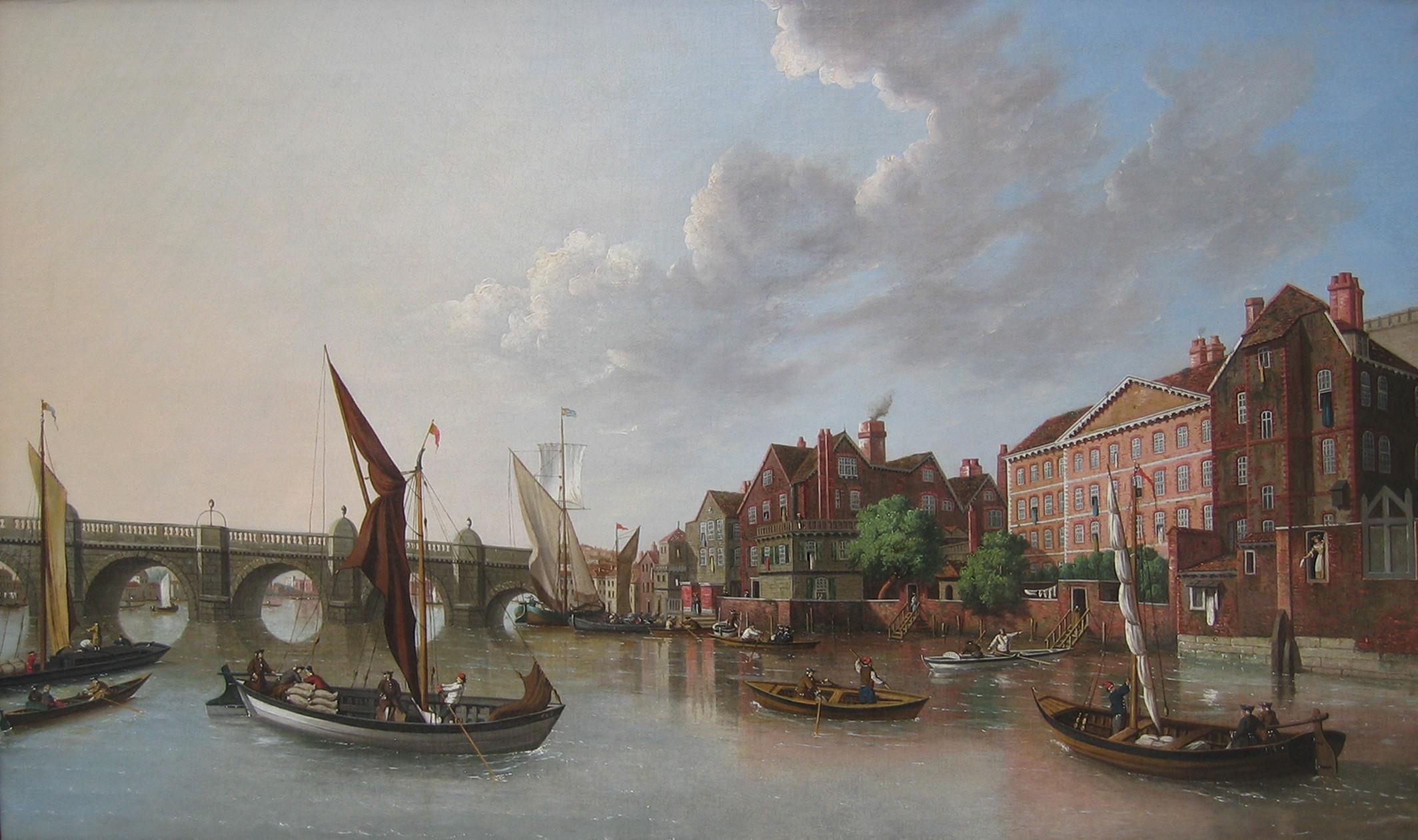 A View of Westminster Bridge and Montagu House

A View of Westminster Bridge and

This painting shows the North bank of the River Thames at Westminster with the newly completed Westminster Bridge. On the bank, from left to right, are Manchester Court, Dorset Court and Derby Court. These Courts contained several houses, the most expensive being those on the riverfront. In the foreground are ferries and rowing boats transporting gentlemen and cargo.

One of the most noted painters of London, Scott was born in Covent Garden in 1701 or 1702. He was a friend and companion of Horace Walpole and of William Hogarth, and an instructor of William Marlow. Scott was a central figure in the art world of the time and his reputation did not seem to suffer from his diffident manner to his clients who continued to pay him large sums of money.

He was influenced by Canaletto from the 1740's, but previously was inspired by the Dutch 17th century masters, principally Willem van der Velde. His Thames views are his most renowned and Arnold Wilson in Dictionary of British Marine Painters says of them that they have "…a clarity and luminosity". M.H. Grant in Dictionary of Landscape Painters says his pictures are " valuable relics of a vanished city".

Some of his commissioned works include six pictures for the East India Company of its principal ports and settlements and the Duke of Bedford was a patron. Many of his paintings were engraved.

Elected Governor and Guardian of the Foundling Hospital in 1746 and a Fellow of Society of Artists in 1765, he had to retire from painting in that year as he was crippled by gout. He moved to Ludlow and then to Bath where he died on October12th 1772.