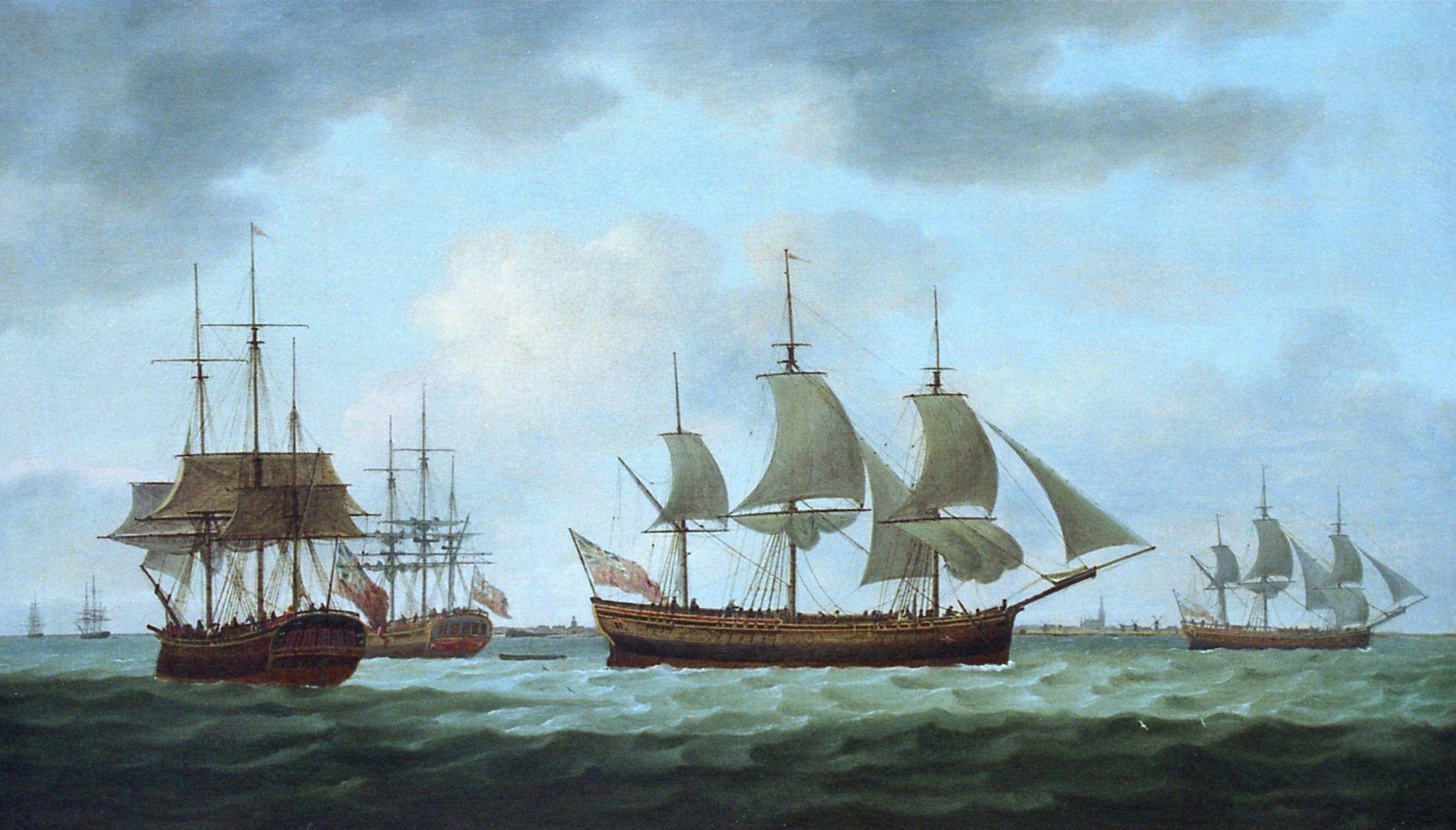 Described as "one of the leading figures in the third generation of British marine painters" by Wilson and "one of our leading painters of the sea and shipping" by Grant, this artist was born in London in 1759.