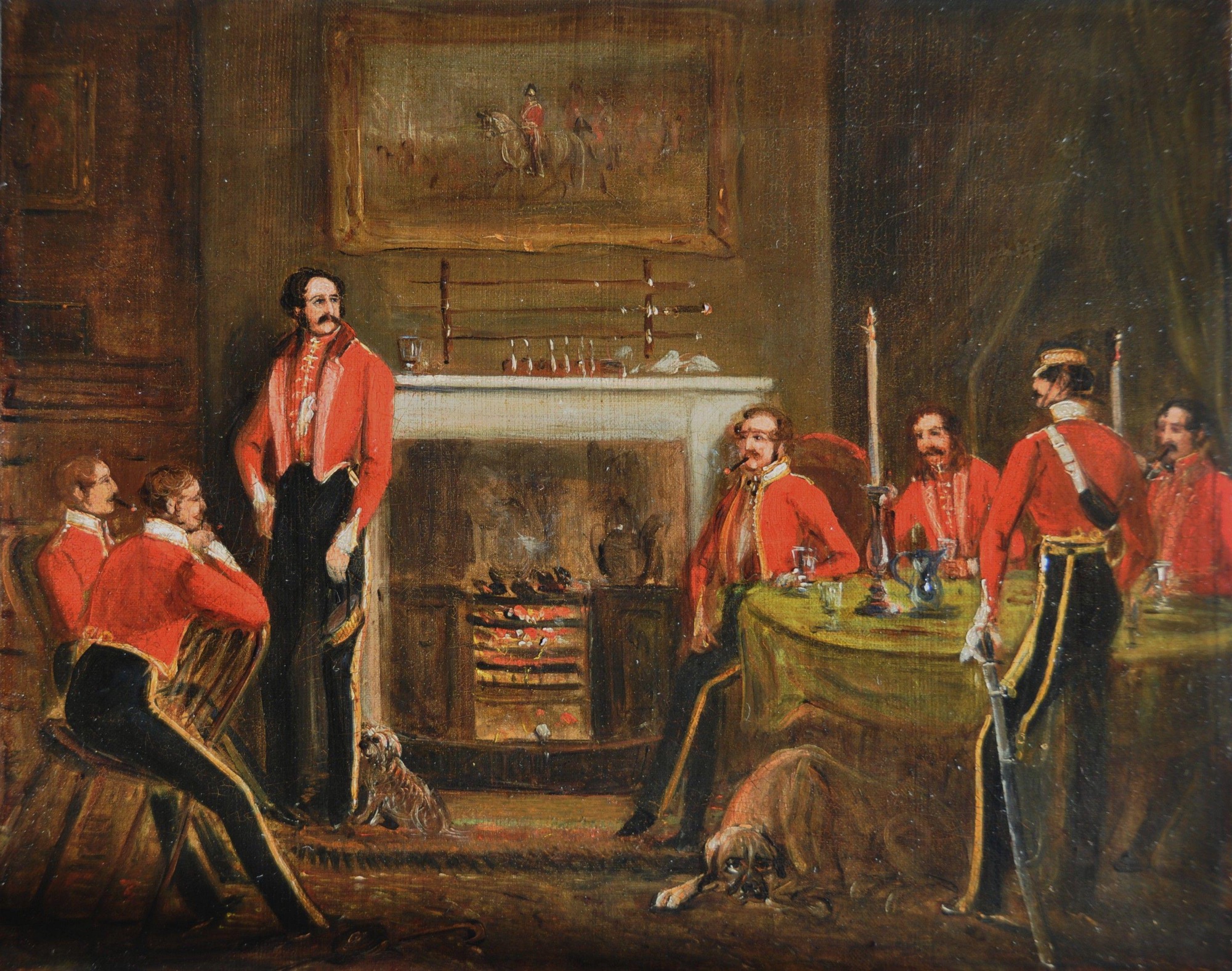 Oil on canvas, signed on reverse

Born in about 1815 at Melton Mowbray, he was the eldest son of the important sporting artist John E Ferneley. The latters other two children, Claude Lorraine and Sarah, were also artists.

He spent his early life at Elgin Lodge and his father was a major influence on his artistic development and was in all probability his sole teacher. His father took him on trips to London and in 1832 to Durham and York where he later settled in about 1839, probably because of the large number of patrons in the area. His first work, of a Whipping-in, was engraved and published in the New Sporting Magazine in May 1833 and was followed in the next year by an engraving of a Hunter.

John Ferneley Snr. had established a significant career as an equestrian artist in the old English tradition, largely due to being a pupil of Ben Marshall. His son imitated him at first very closely and at times almost is the equal of the master but the bulk of his oeuvre shows a more marked nineteenth century prettier style. Sally Mitchell says of him in The Dictionary of British Equestrian Artists, "….Ferneley was still considerably better than many of his contemporaries." He produced equestrian hunting and military groups and single portraits, many on a large scale, (Christies sold a view of Hyde Park in 1989 for £49,500 which measured 30 x 60 inches) and his decision to live in Yorkshire would appear to be based on the number of commissions from the officers of the Cavalry stationed there. Some of his paintingshave York added after his signature.

Ferneley painted Lt Col Arthur Bentinck on at least two other occasions and both examples are in the collection The Military Museum of the Royal Dragoon Guards which is under the auspices of the York Army Museum. One depicts him in shirt sleeves, holding his sabre, standing by his saddled mount in a stable. The other has him in full uniform, mounted, before his troop and both were painted in 1857.

A Book of Sporting Painters - Shaw-Sparrow