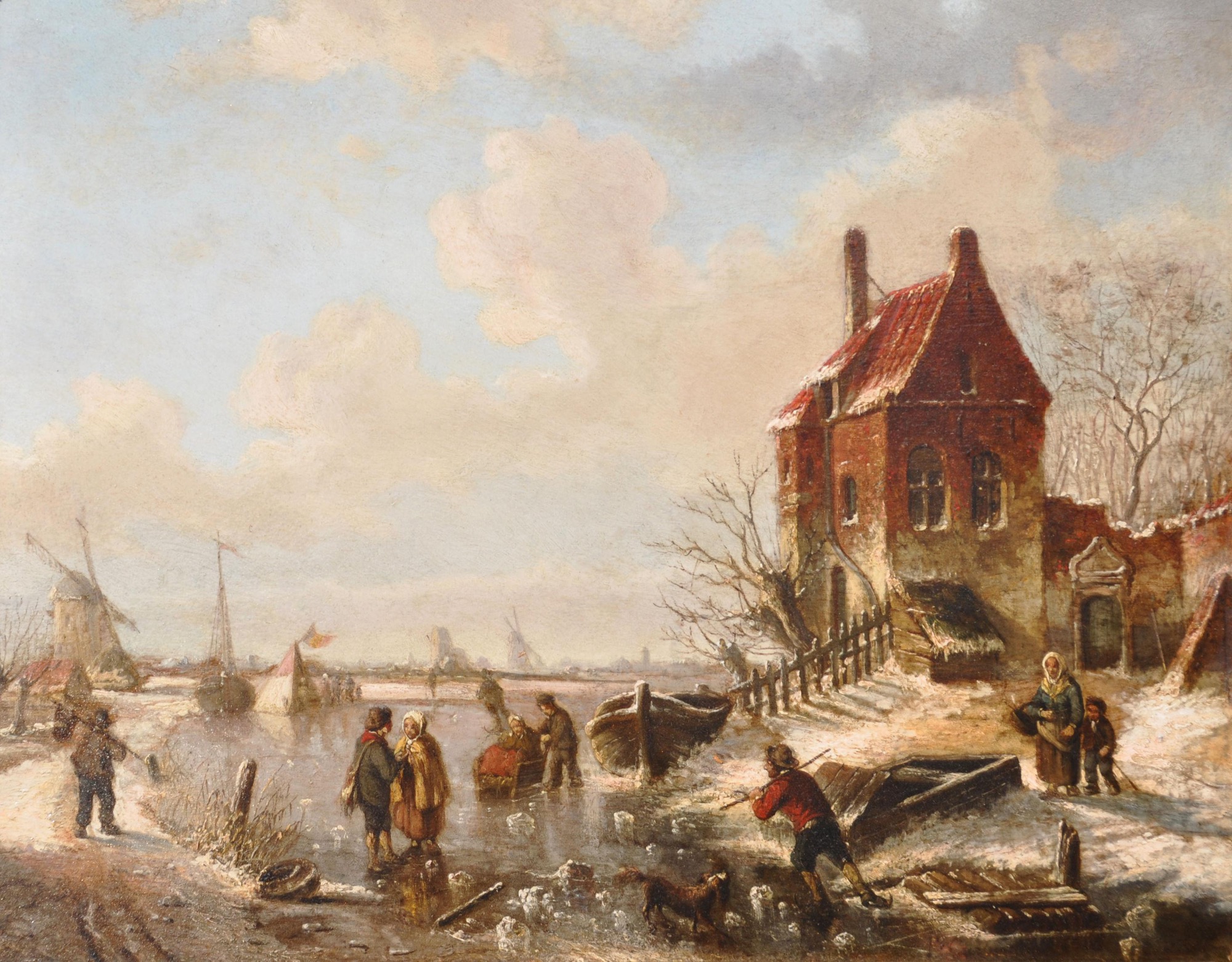 He was born in The Hague on 21st March 1819 and studied art at the Academy in that city under Bartholomeus Johannes van Hove (1790-1880). The latter was a significant influence on Dutch 19th century painting becoming directly himself, and later through his son and pupil Hubertus, the foundation upon which was built a whole generation of painters. He specialised in town scenes, often on a small scale, and these were much admired at the time. Apart from having Vertin and Hubertus van Hove as his pupils, he also taught Johannes Bosboom, Everardus Koster, Samuel Leonardus Verveer and Hendrik Johamnnes Weissenbruch among others.

As well as being a painter in oils, Vertin worked occasionally in watercolour and was also an etcher and lithographer. Most of his paintings, executed with strong colouration, are comparatively small and depict town and canal scenes with churches and animated streets and markets in summer and winter. Views in his home setting of The Hague were obviously portrayed but there are also scenes from Amsterdam, Edam, Haarlem, Utrecht, Delft, Zutphen, Alkmaar and Bruges. Occasionally Samuel Leonardus Verveer and Charles Rochussen provided the staffage for Vertin's townscapes.

Paintings by Vertin can be seen in the collections of the Rijksmuseum, the museums of Utrecht, The Hague, Courtrai, Hyères, Nimègue, the Grundy Art Gallery in Blackpool, the Wycombe Museum and the Victoria and Albert Museum.